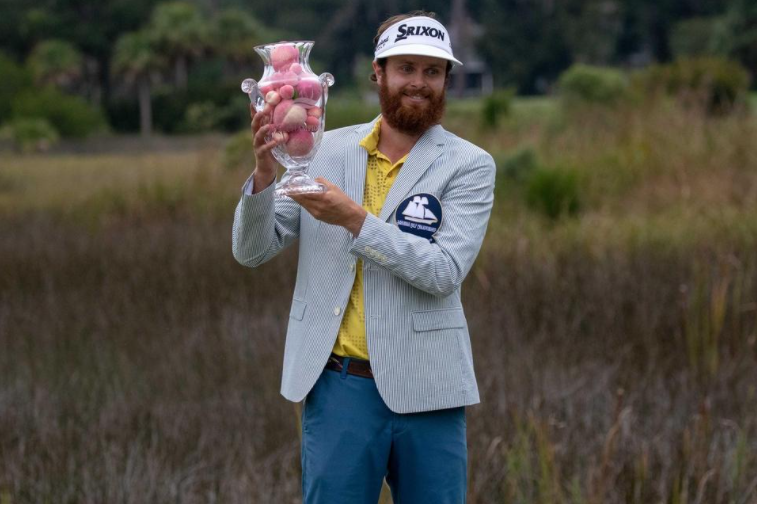 The Enmarket Charity Classic at the Savannah Golf Championship raised a total of $150,000 for three charities, the Korn Ferry Tour event announced.

“Thanks to the Enmarket Charity Classic, we were able to give $65,000 to the Two Hundred Club of the Coastal Empire, which serves families of fallen first responders; $65,000 to Make-a-Wish Georgia, which grants wishes of seriously ill children; and $20,000 to Second Harvest Food Bank,” Cheyenne Overby, Savannah Golf Championship Tournament Director, said in a news release.

The Enmarket Charity Classic is part of Enmarket’s Enrich Life Campaigns, which involve a variety of projects that range from sponsoring the Savannah Golf Championship to fundraisers in the chain’s 128 stores to benefit the Leukemia and Lymphoma Society.

“These diverse projects reflect the spirit of our mission statement, to enrich life,” Brett Giesick, president of Enmarket, said in the release. “Our involvement with the Savannah Golf Championship and the next generation of PGA Tour stars demonstrates our interest in healthy lifestyles, as reflected in the many athletic events we are involved in, from the Enmarket Savannah Bridge Run to the Savannah Hockey Classic”

Mark Dana, president of the Two Hundred Club of the Coastal Empire, said in the release: “The Two Hundred Club and the many family members we proudly and honorably serve, are grateful for the tremendous generosity shown by the wonderful Enmarket family. We have truly enjoyed watching our surviving family members attend and graduate college without any debt. This would not be possible without the generosity shown by Enmarket.”

On Sept. 29, a full field of 144 players teed off in a shotgun start at the Enmarket Charity Classic at The Landings Club’s Deer Creek Course, the site of the Korn Ferry Tour’s Savannah Golf Championship from Oct. 1-4.

On Sept. 30, top sponsors had the opportunity to play in the Savannah Golf Championship’s Skyway Capital Markets Pro-Am and to participate in a private player clinic with a professional from the Korn Ferry Tour, which is owned and operated by the PGA Tour.

Enmarket’s Enrich Life Campaigns raised more than $320,000 for local charities in September, according to a news release.

“In these uncertain times, the generous support from Enmarket and the sponsors of the Enmarket Charity Classic help us bring hope to Savannah-area wish kids at a time they need it the most,” Meghan Lowe, Make-A-Wish Georgia SE Development Director, said in the news release. “With over 40 children locally waiting for their wishes to be granted, our commitment to bringing these wishes to life has never been stronger.”

While the golf-related fundraisers were being held, Enmarket was also at the midpoint of its Leukemia and Lymphoma Society (LLS) fundraiser, where each store partners with its customers to raise money for the LLS Light the Night Campaign. Throughout the month-long event, Enmarket stores sell Light the Night paper icons for a dollar apiece to support the non-profit’s mission to support research and help patients and their families who are affected by blood-related cancers. This year, the campaign has brought in $170,000 for the charity, which fights blood and blood-related cancers.

This is the eighth consecutive year that the entire chain has participated in the Light the Night campaign, raising over $800,000 during that time.

“The Leukemia & Lymphoma Society is grateful for the longstanding partnership with Enmarket which not only raises critical funds to support cancer research and patient support, but also helps to raise awareness throughout Georgia, South Carolina and Nnorht Carolina,” Jennie Brewster, the Campaign Development Director, Georgia/South Carolina Region at The Leukemia & Lymphoma Society, said in a statement. “We thank each of their staff and customers for supporting LLS and providing hope to all blood cancer patients.”