The amount raised at the Enmarket Charity Classic was divided among two local charities: the 200 Club of the Coastal Empire and Make-a-Wish Georgia. 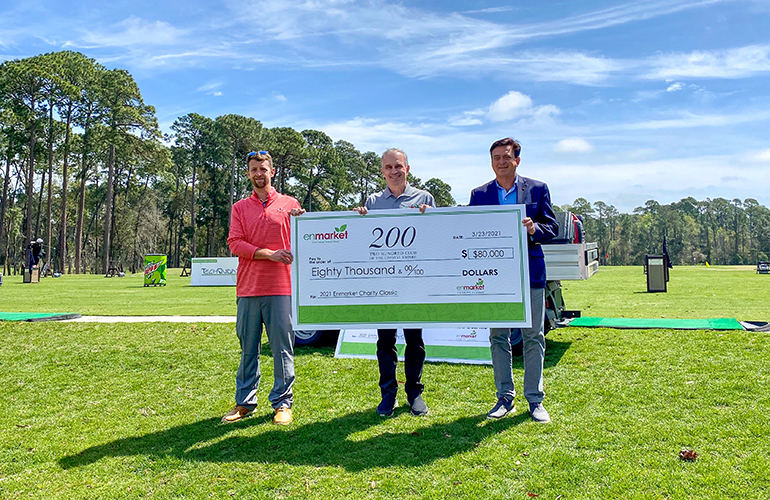 Savannah, Ga.-based Enmarket’s Enrich Life Campaign, which involves a variety of projects and fundraisers initiated by the company, recently raised $160,000 for local charities.

The Enmarket Charity Classic was held on March 23, 2021, at The Landings Club. A full field of 144 players teed off in a shotgun start at the Oakridge course.

The event raised $160,000, which was divided among two local charities. The 200 Club of the Coastal Empire serves families of fallen first responders and Make-a-Wish Georgia grants wishes of seriously ill children.

“Each year our nation loses hundreds of first responders who sacrifice their lives protecting our communities,” said Mark Dana, president, 200 Club of the Coastal Empire. “These terrible tragedies leave behind so many family members in need of help. Enmarket and its many team members have stepped up again with a tremendous contribution of $80,000. The Enmarket family with its generosity has helped provide many family members with a fully paid college education, the most we could ever hope for. On behalf of the many Two Hundred Club family members, we are grateful for all the Enmarket family provides for so many in our community.” 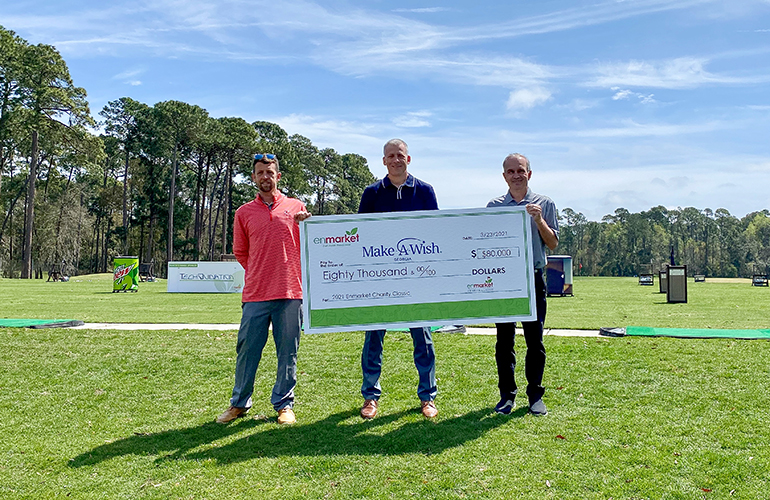 To date, the all-volunteer organization has provided more than $3.4 million dollars to families throughout 20 counties in the Coastal Empire.

“Our involvement with this fundraiser reflects the spirit of our mission statement, to enrich life,” said Brett Giesick, president of Enmarket. “This event and others such as our store fundraiser for Leukemia-Lymphoma Society, the Enmarket Savannah Bridge Run, and the Savannah Hockey Classic also demonstrate our interest in promoting a healthy lifestyle and our dedication to the betterment of our community. We are grateful to the many vendor partners that helped make these donations possible.”